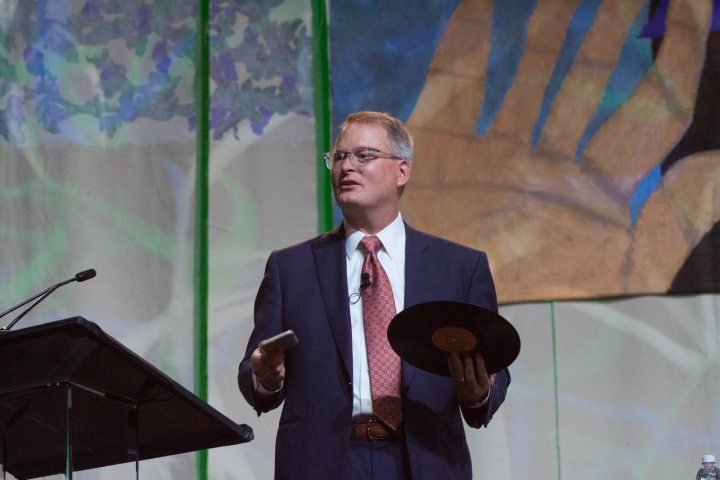 After wrapping up some points from the first session, Rev. Adam Hamilton, founding pastor of the United Methodist Church of the Resurrection in Leawood, Kan., dove into the topic of the second Study Session: effective worship and preaching.

He began with examples of what he and his congregation do: having people pray during the week over the seats in the sanctuary for those who will sit in them, praying at the alter before worship, and beginning worship with an upbeat welcome, where he identifies himself and expresses his gratitude for those in attendance.

According to Rev. Hamilton, there are five components of preaching that connects:

In addition to these components, Rev. Hamilton also gave examples of the types of sermons, including pastoral care sermons, sermons that strengthen the church, and sermons that equip people to live out their faith in the world. He also mentioned giving people things to help them remember sermons, including a prayer tag and a compassion coin.