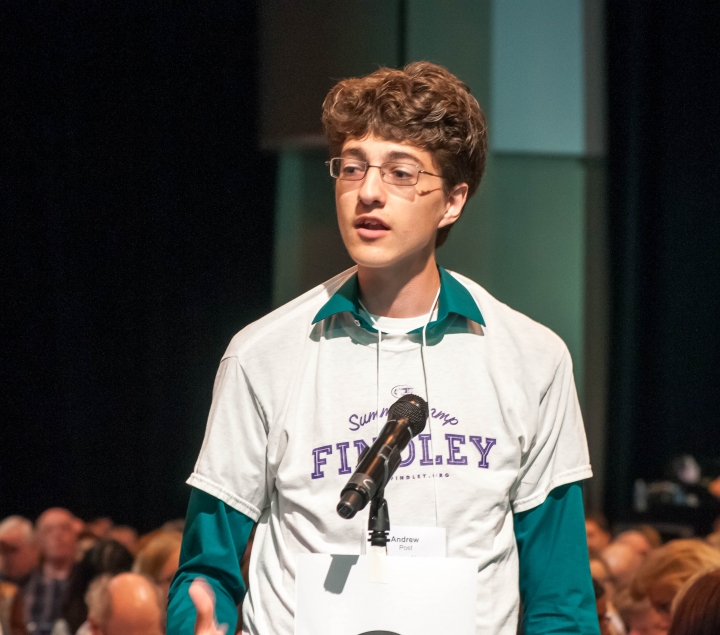 Actions taken during the Trustees Report

June 3, 2016 / By Shannon Hodson / .(JavaScript must be enabled to view this email address)

During afternoon plenary on day two of the 2016 Annual Conference session, three matters were discussed in the Trustees Report: the new Conference Center, churches that have been discontinued and abandoned, and the Findley Camp & Retreat Center (Camp Findley) Resolution.

Regarding the new Conference Center at 7481 Henry Clay Boulevard in Liverpool, Pastor Richard Barling, a trustee, discussed the progress that has been made in renovating the building. He mentioned the involvement of architectural firm, King + King Architects, and that a general contractor, Irish-Millar Construction, Inc., has been selected. He revealed the building will have an episcopal wing for the Bishop’s office and staff. A new Media Resource Center is also planned under this phase of work and will be located strategically in the center of the building to allow visitors an opportunity to visit and relax as they seek out resources for their ministries.

“We are anticipating completion of this work by the end of the year,” Pastor Barling said.

For each of these churches, Bishop Webb asked members of the crowd to stand if they had been blessed by any of these churches. He thanked God for the ministry these churches brought to people and asked for peace and hope as future opportunities arise.

A motion was made by the Rev. David Cooke  to refer the Camp Findley Resolution to the Board of Trustees and Camp & Retreat Ministries to have them explore more options through conversation with the Family Bible Camp Board, the Findley Lake UMC, and Fit 4 Life Ministry, and a recommendation be brought back to the 2017 UNY Annual Conference session. This motion was supported.

Because of the passion around Camp Findley, Adirondack District Superintendent the Rev. Bill Mudge brought forth a motion to require every UNY congregation to appoint a Camp and Retreat agent with their leadership selection in 2016 to begin serving in 2017. This motion was also supported.