October 28, 2019 / By Shannon Hodson / .(JavaScript must be enabled to view this email address) 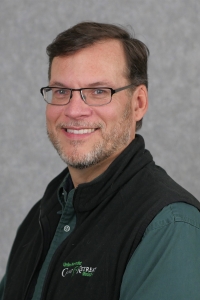 Huber has been extremely effective at fundraising and forming incredible partnerships as Site Director for Casowasco Camp & Retreat Center. Some of the capital improvements that have been made under his leadership include:

In terms of partnerships that enable disadvantaged youth to attend summer camp, Huber said, “I’m very proud of the partnership with the Syracuse Housing Authority and the Rescue Missions.” With more of a focus on his role as UNY Director of CRM, Huber hopes to grow his partnerships with community organizations and local churches. He will also be able to focus his attention on capital improvements at all of the Camp & Retreat Centers.

Huber will fondly remember his many years at Casowasco. He said, “It has been an enormous blessing, honor and privilege to be the site director at Casowasco for so many years. From the creative programming with events like the Directors’ Invitational to the many camper families I’ve come to know over the years, I feel blessed to have had the privilege to serve with so many wonderful people."

Though Huber will be leaving his role at Casowasco, he will remain very connected.

His leadership helped increase the number of summer campers at Casowasco from 630 in 1994 to 1200 in 1998 and they’ve maintained at least 1100 campers per year over Huber’s tenure. Huber has faith that with the right new hire, Casowasco can continue to have successful summer camp programming. He said, “Part of my role as a full-time Director of CRM will be the blessing of finding someone with fresh new eyes to be the site director at Casowasco. It’ll be an exciting change at this critical time.”

Huber is excited about the growth taking place at the Camp & Retreat Centers throughout the Conference and the time he will now have to maximize his attention toward continued growth. He said, “This important shift in my roles with the Upper New York Conference will free me up to be able to collaborate more with local churches and organizations.”

It will be exciting to see the positive impact that Huber will continue to have with UNY’s Camp & Retreat Ministries, as well as the new developments that will occur.

Details will be forthcoming on the search for a Director of Casowasco Camp & Retreat Center.