Juneteenth has finally been acknowledged as a federal holiday.

On June 19, at its 2021 virtual Annual Conference, Upper New York (UNY) celebrated the holiday, which honors the anniversary of June 19, 1865, when news reached enslaved peoples in Texas that the Civil War had ended and the Emancipation Proclamation ended the institution of slavery in the United States.. Restricted to a virtual format, the Juneteenth celebration was a video compilation. In this video, Dr. Scott Johnson, pastor at Buffalo First UMC, Niagara Falls First UMC, and Pendleton Center UMC, in a prayer to God, exclaimed, “The law caught up to Your Truth.”

It’s a shame that we were not taught about Juneteenth in our schooling. In the video, Shirley Readdean states that we have come a long way in acknowledging the holiday. “As a student, Juneteenth was not included in my education,” she said.

Conference Lay Leader Drew Griffin described how he learned about Juneteenth in 1989 as an adult after moving to Texas. His birthday happens to be June 19.

Drew said, “Well, at work one day, I shared with a coworker that my birthday was June 19th to which they replied, ‘Wow, Juneteenth!’ Havin 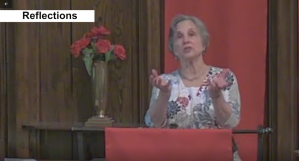 g never heard of the holiday before, I questioned back, ‘What?’ They said it was a Texas thing and explained the holiday to me.

Later that evening, my wife and I discussed Juneteenth and wondered why we had never heard of this holiday before. Also, why was this a Texas thing? That was 32 years ago, and the holiday is no longer a Texas thing, Thanks be to God!”

The team that collaborated on this video based their message on John 8:32, “You will know the truth, and the truth will set you free.”

The Rev. Marti Swords Horrell, pastor at Oneonta First United Methodist Church, said that since the George Floyd murder and the following racial reckoning, interest in the Conference’s Imagine No Racism training in her area skyrocketed. In fact, she and her lay member co-facilitator, Margaret Parish, have taught the six-week curriculum seven times since Floyd’s death.

Rev. Swords Horrell explained how the truth of white people confessing their sin of racism during the first part of the course sets them free as they continue to commit to the work of antiracism.

The Rev. Vonda Fossitt, District Superintendent of the Genesee Valley District, explained how the past year has threatened all our freedom, but “God 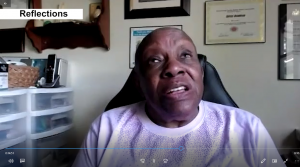 has not allowed that to conquer us.” She reiterated John 8:32 and said that “to know God is to know freedom.”

Dr. Johnson prayed to God, “We come seeking greater clarity and courage as we continue to build the beloved kingdom. Although we know that racism and other forms of oppression persist among us, we celebrate the freedom we have found in you as we work with the justice needed to build a world on peace among us.”

Shirley said, “Juneteenth lays a wonderful foundation especially for churches to provide congregants opportunities to have discussion around Juneteenth. It is a good platform for more interaction (around the topic of racism). I’m hopeful that Juneteenth will be connected to Black Lives Matter and justice for all.”

Rev. Marlowe Washington expressed that despite freedom, we struggle today to love our neighbors as ourselves. He said, “The separation should be between us and the devil, not between each other.” 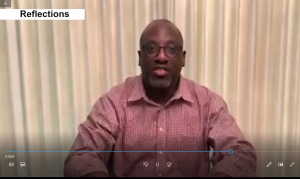 This video also highlighted the beauty of Black culture and how it can be celebrated.

For example, it showcased the Buffalo Metropolitan’s UMC Choir singing, “We’ve Come This Far by Faith,” and it also featured young children from Fragrance of Christ UMC performing a liturgical dance.

Rev. Fossitt said, “Let the African drums beat hard and strong! Let the array of brilliant colors splash over our garments! Let liturgical dancers sway in the air, giving expression to how we are free and how we are able to see God at work.”

Maybe next year there will be abundant opportunities to attend Juneteenth celebrations in person. In the meantime, you are encouraged to learn about the holiday, also known as Freedom Day, Emancipation Day, and Jubilee Day, in this article and this article.

And if you are interested in the Imagine no Racism training, you can learn about it here.