Are you ready to celebrate June 19th: a celebration of Juneteenth, the day in 1865 that all Americans became free from slavery? “But wait!” you say. “Weren't enslaved people freed when Abraham Lincoln signed the Emancipation Proclamation two years earlier?”

Well, no. In 1863, the Civil War was still going on, and tragically, the state of Texas, like many Southern states, refused to spread the news of the Emancipation Proclamation, or enforce it, leaving some 250,000 Black Americans in the dark about their own freedom.

A 2020 NBC News article explains how Juneteenth's history is being reshaped as America reckons with its past. "Some of the [soldiers], particularly the colored Union troops out of New York and Illinois, were appalled," it states. 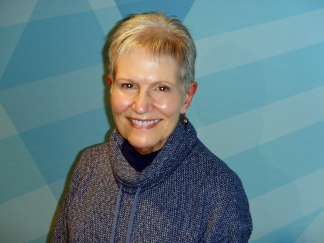 It had been two-and-a-half years since President Abraham Lincoln's Emancipation Proclamation went into effect, freeing every man, woman, and child enslaved in the rebel states. And it had been more than two months since Confederate Gen. Robert E. Lee had surrendered, ending the nation's bloody four-year Civil War. But as the roughly 2,000 soldiers assigned to accompany Union Gen. Gordon Granger came ashore on Galveston Island, Texas, in mid-June 1865, the truth could not be missed. There were still enslaved people in Galveston.

A group of colored soldiers approached Granger and said it plain: “You will do something about this, or we will.”

Texas’ state government and its slave owners knew about the Emancipation Proclamation soon after it was issued, but instead of trying to comply, they fought back with multiple lawsuits.

According to JSTOR Daily, some of these lawsuits “attempted to gain some kind of financial compensation from the government for the loss of revenue from the slave trade, even after it was made illegal.”

It took a show of military force for the state to finally set enslaved people free.

Haye Turner, a former slave, remembers his father's story of Juneteenth. “…the 19th of June wasn’t the exact day the Negro was freed. But that’s the day they told them that they was free… And my daddy told me that they whooped and hollered and bored holes in trees with augers and stopped it up with [gun] powder and light and that would be their blast for the celebration.”

Celebrating Juneteenth at Annual Conference – and Beyond

The Juneteenth celebration service at Annual Conference will be based on John 8:32, "You will know the truth, and the truth will set you free." African Americans were truly free as God's children, even though they were enslaved by others. Although strides have been made since African Americans were released from enslavement, our truth is that we still have far to go to create a land of true justice and equality. Our service will take place at a time when violence against Black Americans continues and racism is still woven in to the fabric of our society. At Annual Conference, our Juneteenth service will proclaim these truths, and depict them through personal reflections, music, prayer, and liturgical dance.

Yes, this story of deliverance represents the joyousness of freedom for people to this day. At the same time, both Juneteenth and the times we live in now, are moments of reckoning. The 146th anniversary of this holiday is a reminder that we still have work to do.

If we are to find a way forward in our country, if we are to be authentic followers of Jesus, we must find the humility to admit that we don’t know nearly as much as we think we do.

We can start by learning even more about Juneteenth.  We can take in one of the many Juneteenth festivals in the Upper New York Conference. One of the best-known is Juneteenth Festival of Buffalo, ROCJuneteenth in Rochester, and Albany features  Juneteenth 2021. Binghamton will have a Juneteenth Flag-Raising Ceremony. The Copper City Collective in Rome will host its first-ever Juneteenth celebration, and you can take a special Juneteenth Underground Railroad and Abolition Walking Tour in Utica. If you're in the Corning area, their Juneteenth celebration starts with a viewing of the movie Buffalo Soldiers.

If you're staying in on Juneteenth, consider watching a documentary, like PBS's "Juneteenth Jamboree," or reading a story like "A Time to Be Remembered," by Hank Gray.

This year, let's let Juneteenth be a day for all of us to earnestly fill in the gaps of the stories we have not been taught. To fail to do so will leave us all in bondage.