June 9, 2021 / By The Rev. Bill Gottschalk-Fielding, Assistant to the Bishop and UNY Director of Connectional Ministries

As is true at every Annual Conference, members will be asked to elect a variety of leaders to new terms of office at this year’s Annual Conference, held virtually, June 17-19. This year, though, there are several unique situations of which we wanted you to be aware.

The first deals with the election of equalization members.

The second deals with the election of Conference officers and committee members. 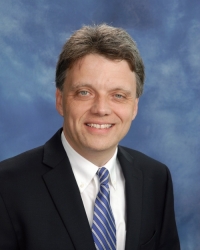 The election of the Board of Ordained Ministry is also affected by the postponement of the General Conference.

To address this, the Conference will be asked to elect an interim board. A board will be elected for the new quadrennium at the 2022 session of the annual conference with the new board being seated the first day of the month following the postponed 2020 General Conference.

Because we are not able to meet in person this year, we will not be able to elect new members to the Conference Board of Trustees.

New York State law requires trustees be elected by written ballot. Because the Book of Discipline allows the Bishop and Cabinet to appoint trustees “ad interim,” i.e., between sessions of Annual Conference, the nominations report will list persons who will be appointed to serve as trustee until next year’s Annual Conference.