Editor’s Note: Evelyn Woodring, pastor of South Park United Methodist Church, recently shared with UNY Communications, a moving story about a boy named Sameer. Her story spoke to both a need in the community and how she was attempting to help address parts of it on a small scale. She was invited her to share her story on the UNY Conference website so that others may be moved to prayer and action

Sameer was five years old when he and his mother first visited our church. His repetitive body motions and lack of verbal skills indicated that he was developmentally delayed and autistic. They were immediately embraced by the congregation. The women of the church doted on the boy who had been adopted by his loving mother despite those needs. 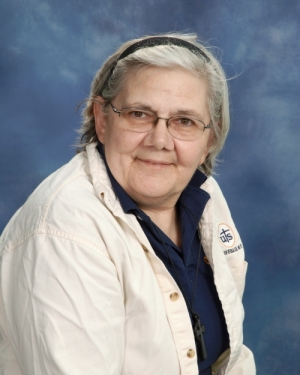 His mother later confided to me that they had been shunned by other faith communities before they came to us. We all assured her that they would be welcomed and embraced as God’s own with us.

With the closing of that church, I was appointed to another congregation, South Park United Methodist Church, which is about one-and-a-half miles away. By this time, Sameer’s family had grown with the birth of his baby brother. Unfortunately, charged with the care of a toddler as well as Sameer, and without a car or reliable transportation, they were unable to attend regular worship. That did not mean that bonds with the congregation were severed. And, when we learned of a pre-adolescent diagnosis of Bipolar disorder in addition to his other problems, we only increased our concerns for the family.

Members were regularly in touch with them, attending Christmas and birthday parties, sending gifts, cards, and calls whenever possible. And, while our hearts ached over the brokenness of this lovable young man, we were unable to provide for his increasing medical and psychological needs.

Fast-forward to a, tall, strong, and good-looking 16-year old whose problems have only worsened with the passage of time. He is unable to control his impulses; he requires constant watchfulness; and he is incapable of explaining his thoughts, motivations, and needs.

A few weeks ago, I received a phone call from his mother. For the first time, I heard fear in her voice as she mentioned him. He had, in a fit of anger, thrown household items at her, destroyed property, and left her with marks on face and body. It was the last straw for her. She had spent countless nights awake until assured he was asleep, had not even dared to take a shower unless he was sleeping, and she was exhausted and frightened not only for herself, but for her other son.

For some time, we had all been aware that he needed to be in a residential care program where 24-hour oversight was possible. The family had already interviewed with two such programs, and in both cases had been told “he really doesn’t fit our criteria.”

It was an unbearable situation for a mother. He needed more than she could give, and none of the places that could meet his needs would accept him. Desperate, she had decided to take the only option she could to assure care for Sameer and safety for herself and her other son. She would take him to the inpatient psychiatric unit at the county hospital. Knowing that this was not the “right” choice for his care, she also knew it was the only choice she could make.

Multiple agencies have been involved in his case, and each of them has addressed those needs from their perspective. Unfortunately, this “piecemeal” approach does not address the entirety of who he is and what he needs. Yet, this is how the system of care for such persons operates.

It is only within the last week that these agencies have come together to address the entire spectrum of problems Sameer represents. While I as Pastor, and the members of my congregation, have been praying for, visiting, and helping with medical appointments, etc., the combined agencies have seen only their part of the wholeness that is this precious child of God.

His is not the only case which presents with multiple, severe, and seemingly unsolvable problems. That is, perhaps, the saddest part of his story. While the family have been told “if you can’t control your child, we don’t want you here,” we have heard Christ’s words of welcome for children, for the disabled, for the least desirable. “For of such is the Kingdom of Heaven” has real meaning.

I write asking for prayers for this mother, for Sameer, and for his brother. I also write, asking that we, as United Methodists, pray for and work toward a health-care system that is willing to address these multiple-problem cases, rather that shunning them. They are far more common than we might wish to believe.