The UNY shower trailer repaired and sent to West Virginia

August 15, 2016 / By Shannon Hodson / .(JavaScript must be enabled to view this email address)

On June 23, 2016, after over eight hours of torrential downpours, West Virginia faced one of the worst flash floods in the state’s history and the devastation of 23 lost lives, several injuries, and the damage of hundreds of homes and businesses.

The United Methodist Committee on Relief (UMCOR) responded to this natural disaster immediately with cleaning buckets and health kits until later when volunteer opportunities were coordinated.  The West Virginia Conference of the United Methodist Church created a disaster relief page indicating how to help with monetary or supply donations. 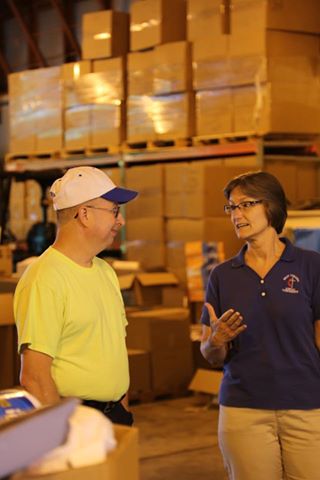 Disaster recovery is a process that involves much more than cleanup alone.  Volunteers may come from all over the world to help a particular place recover from a disaster; these volunteers need to be housed; they need a way to bathe; they need meals.  Churches are largely responsible for making sure the needs of the volunteers are met. And the United Methodist Church has a history of being very active in disaster recovery.

Speaking of United Methodists across the country, Donna Cullen, Co-Coordinator of the UNY Volunteers in Mission, said, “We’re all connected. It’s unfortunate that people in West Virginia had to go through this, but thanks to the connection, there’s help.”

One unique way that the UNY Conference has assisted in this disaster recovery is by sending a shower trailer down for volunteers to use. And this was no small feat.

The UNY Conference acquired this trailer in 2012. The trailer, donated by CT Express of Durhamville, was transformed from a typical hauler to a shower facility that allows volunteers to stay at disaster sites longer and be able to provide more services to help in the recovery of devastated areas. Six shower stalls were built in the trailer, along a narrow hallway running the length of the space. Each shower is cordoned off with walls and a door and accompanied by a small sink, vanity mirror, light and towel hooks. A high-efficiency washer and dryer were also installed to allow users to do laundry.

In addition to donating the trailer, CT Express owned by Tim Janes, made a five-year commitment to transport the trailer to wherever it’s needed. However, the trailer has not been used in recent years due to its need for expensive repairs to the wheels and tires. 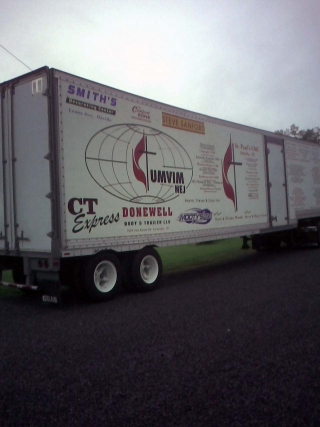 When disasters strike, we often forget all that is involved in the clean-up and recovery efforts. Volunteers helping in West Virginia can count on a nice shower and a way to clean their clothes, thanks to the UNY Conference’s shower trailer and all of those who made the repairs and the transportation of the trailer down to West Virginia possible. This is another amazing example of the power of the United Methodist Connection to do things no individual church could do by itself.

Editor’s Note: In addition to providing the shower trailer, the UNY Conference will be sending volunteer teams down to West Virginia. At the moment, the teams headed down are Early-Response Teams (ERTs). According to Donna Cullen, UNY Volunteers-in-Mission Co-Coordinator, “The UNY Conference will be sending ERT teams down later this month and in September.”

Walt Mathias, a Genesee Valley District Volunteers-in-Mission representative is currently seeking additional ERT badged individuals for the September West Virginia response, which is from September 12-14. If you have an ERT badge, you may reach Walt at wmathias53@gmail.com or by phone (voice or text) at 585-334-8374.