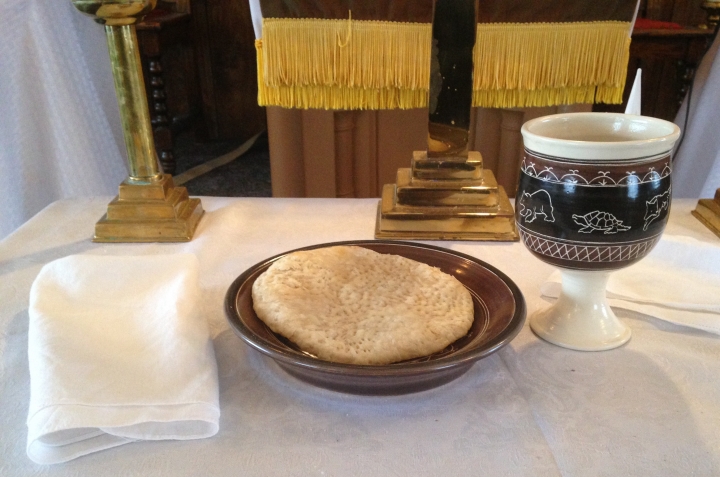 The Four Corners United Methodist Church is one of three Native American churches in the Upper New York Conference. It is a growing church led by Pastor Dave Rood, and is located on the Cattaraugus Territory of the Seneca Nation of Indians, which is 30 miles south of Buffalo in Erie County.

Recently Pastor Rood and Pastor Chris Klimecko, serving at the Gowanda UMC, brought together three Upper New York churches – Four Corners, Gowanda, and Versailles United Methodist churches – for Bible study and other activities. The union of the three churches has been a great opportunity for us to share the hopes and concerns of our churches. Our Bible study sessions include singing and reading the Scriptures. We have learned a lot from each other. In addition, we have developed new relationships and Christian friendships. We look forward to continuing our relationship as we plan for the future of our churches.

When Pastor Rood was assigned to Four Corners UMC, he didn’t know very much about Native Americans, but he has learned and loves us. He is able to present the Word to us in a meaningful and inspirational manner. We are thankful that God sent him to us! We celebrate communion at Four Corners UMC with a very special gift of Native American art that was given to our church last year. Pastor Rood had asked the congregation for suggestions as to who could create a communion set honoring Iroquois culture. Everyone recommended Peter B. Jones, a ceramic artist who is one of the most recognized and accomplished Iroquois artists working today. Jones grew up on the Cattaraugus Territory and attended the Four Corners UMC when he was young. It was most appropriate that he should be commissioned to create a communion set for our church.

We invite you to attend our church service that commemorates the resurrection of Christ. Jesus was a “trouble maker” who dared to speak against the religious leaders. His teachings were radical: Blessed are the poor, forgive your enemies, etc. Because Jesus opened the door to a relationship with God and said everyone is important, He was crucified. His death did not destroy His teachings, rather His resurrection fulfilled them. His teachings are as meaningful today as they were when He walked the earth.

Marilyn Anderson is a member of the Seneca Nation and Four Corners United Methodist Church in Versailles.