Replacing a pastor who served a church for 17 years

Editor's Note: This article originally appeared in the Fall 2018 Issue of the Advocate, which focused on itinerancy and appointment-making in the United Methodist Church.

As if a phone call from a District Superintendent asking you to prayerfully consider a change in appointment doesn’t get your heart beating fast enough, these words will surely do the trick: “…and the person you are following has been the pastor of the church for 17 years.” These are words I heard four and a half years ago when I was asked by the then-District Superintendent Rev. Dr. Cathy Stengel to accept an appointment to Bath: Centenary UMC. My heart rate might not have been as elevated as it might be, however, because just four years prior, I had been asked to accept an appointment that would have me following a person who had been the pastor of that church for 18 years! My mantra immediately became, “You can do this. You’ve 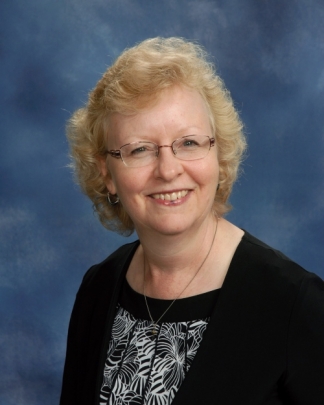 done it once before. You can do this…”

The members of a church are rarely of one mind when it comes to any change in pastoral appointment. There are nearly always those who are positive about a change, and those who are not so positive, and for lots of different reasons. The added twist involved in following a long-term pastor is, in my experience, the fact that there are a rather large number of people in the faith community who have never experienced a pastoral change, and there are likely people who have never had another pastor. And so, the transition process needs to be even more intentional and thorough.

The transition process I experienced in 2014 as I prepared to move to Bath: Centenary UMC was far more intentional and helpful than my experienced pastoral transition process in 2010. And I am grateful. Instead of one very nerve-wracking (for all) meeting with some or all of the members of an Staff-Parish Relations Committee (SPRC), my 2014 transition process afforded me four separate opportunities to meet and interact with different groups of people in the church.

Following the customary introductory interview with the SPRC, I was invited to speak to and with a large group of church members and friends. These were folks who had responded to an open invitation to meet and greet me at an informal gathering, at which they would receive words of encouragement from their departing pastor, and words of introduction from their soon-to-arrive pastor. It was a time to share questions and answers, hopes and dreams, laughter, and tears.

That large gathering was followed a few weeks later by a facilitated session with the leaders of the church, at which we were guided through a series of questions designed to tease out the church’s strengths, growing edges, mission, vision, challenges, hopes, and dreams. What I learned at that meeting was invaluable to my process of living into my role as their new pastoral leader. While these meetings fed my mind and heart throughout the transition process, what fed my soul were the letters of introduction, welcome, and encouragement that I received from many members of the faith community in the weeks leading up to my physical move to Bath, NY. The end result? I cannot imagine a more intentional and helpful transition process!