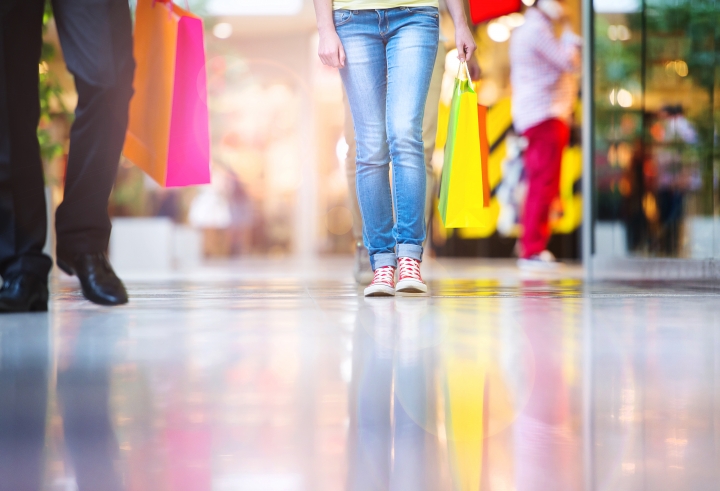 I was a young adult, attending college for my undergraduate degree at a small, northeastern liberal arts college. The semester was on break so I had some free time to do some shopping. I drove to the mall closest to my home, a familiar spot, and began going through the motions of finding clothes for school and work. After several hours, I realized I needed to use the restroom but the public facilities were a bit of a walk from my location. Without giving it much thought, I approached the sales person and asked if I could use the store restroom. She quickly agreed and led me back to the bathroom in the back.

As I came out of the restroom to resume shopping, I noticed a fellow shopper asking the same sales person if she too could use the bathroom. To my surprise, the sales person quickly said no, stating it was for employees only. I blurted out, without thinking, "You just let me use it. I'm sure it will be okay for one more. I'll take her back." The woman gave me a grateful smile and expressed her thanks.

As we walked back, it finally occurred to me (I was very, very naive) that the sales person had said no because the woman I was walking back, was African American. The sales person had greeted me and my request with a happy smile. This same person had frowned and seemed annoyed with this African American woman for the same request. She and I were the only two shoppers in the entire store, being a weekday. We were the only ones to witness the use of the bathroom. That experience made me much more aware and observant for other instances of racism around me.

I was out to lunch with my colleague, the Rev. Kit White. We both worked with women incarcerated at the Broome County Jail. As our lunch came to an end, the check came and as I had always done at this establishment, I laid my money on the table with the check. Kit said to me, "Donna, what are you doing?" "Leaving the check and the money on the table, like I always do, Kit." She chuckled and said, "You won't make it to the door!" I had no clue what she was talking about, but sure enough about 5 feet from the table we were stopped. The person said, "You did not pay." I replied, "I left the money on the table with the check." The person said, "We'll see," and off they went to check. They discovered I had spoke the truth and out the door we went. Kit started laughing once we were outside, she said, "See, that is what I deal with all the time, just because of the color of my skin." My eyes were opened that day.

I was out to lunch with a colleague from Puerto Rico and the white waitress only looked at me, never speaking directly to my friend. She took our order, but another waitress delivered it. This woman had immigrated from Eastern Europe, and was wonderully friendly and attentive to both of us. After she left my friend said, "Did you notice that? The woman from Europe knows what it's like to be seen as different."

I had a similar experience when traveling through a poor section of Newark, NJ to attend a funeral. I got lost so spend time going in circles as I tried to find my way. Finally, I knew I needed two things: directions and a rest room. So I pulled into a gas station and went into the store. The man at the counter was a white man. I asked for directions and he gave them to me. Then I asked where the rest room was. He said, “Oh, we don’t have a public toilet here.” Then he paused, looked at me with my white skin and funeral attire. He leaned forward and whispered, “There’s one in the back that you can use.” I was grateful, of course, but as I drove away, I knew he whispered that to me only because of the white, middle class woman he saw. It made me uncomfortable to realize how my white privilege “worked” for me.....

As I was reading these stories I realized one thing they all had in common . The actions of the people were all assumed on their take . How do we know what had happened perhaps minutes before or the day before. Perhaps the stores had a strict policy of no public use of rest rooms to ANY ONE. SOME TIMES WE MAY CREATE OUR OWN PROBLEMS . Should we not be so 100% sure of an issue with out knowing all the facts Assuming can be a spite full tool.