The Harry Denman Evangelism Award honors United Methodists who bring people into a life-transforming relationship with Jesus Christ. Each year, the Upper New York Conference works with the Foundation for Evangelism to recognize and honor one lay and clergy member for their commitment to consistently introducing others to the Good News of Jesus Christ.

Nominations are now being accepted through April 15, 2021 for clergy, laity, and youth in Upper New York. Click here for a nomination form. Send all completed nomination forms to dcmoffice@unyumc.org.

The Upper New York Conference is honored to recognize the following individuals. 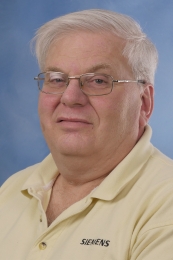 Mike Block. The name Mike Block is synonymous with mission work. Since his first day with the Upper New York (UNY) Conference, he’s worked to build the UNY Conference block by block and fill bucket after bucket. Mike’s biggest challenge is to juggle the many “blocks” he has in the air as he can’t say no to any when it comes to helping others.

Mike’s passion for mission work is infectious. He has said, “I don’t know it all, but I know enough to ask and accomplish any task given to me.” Mike gets it done! Mike has been the Director of Missional Engagement for the UNY Conference for less than two years. In that short span, he’s transformed the UNY Mission Central HUB into an inviting space where people, United Methodist or not, feel welcomed to come and help others. Whether it be filling or verifying an UMCOR flood bucket, hygiene, or school kit, Mike always has a way for you to feel like you are acting as the hands of Jesus. He has the power and ability to make you feel like what you’re doing really matters. He’s created an inviting space for first-time and reoccurring volunteers to come and donate their time. Mike’s love for mission work is clearly visible. He takes his role seriously and continues to advocate for more help. If you say you want to help, Mike doesn’t give you a schedule of his availability. Instead he asks, “when and where?” Often, that’s during his personal time which includes nights and weekends. It’s a big undertaking, but Mike has accepted the challenge with grace and ease. It’s truly been a pleasure working with Mike. He’s the biggest cheerleader we know for The United Methodist Church and UMCOR.

Mike is a Central New York native residing for many years in the west side area of Syracuse. Mike married his high school sweetheart, Betty Jane Darrow, and together, they have two daughters and several grandchildren. Mike and Betty never miss an event in which their grandchildren are involved. Mike grew up in a family that was very engaged in mission work and helping communities in need, and he has carried this passion throughout his life. A retired military reservist, Mike speaks of the many times he was able to help countries in need. Much like first responders in disaster, Mike explained, “When countries sought the U.S.’s support during times of war, within 24 hours, we’d be on a plane and on the ground of the country in need, interfacing with civilians, helping them to understand that we were there not to judge them, but to help them.”

Ten years ago, Mike was part of the start-up team for Immanuel United Methodist Church, also known as Church of the Bells’ mission trip planning to help with the aftermath of Hurricane Katrina. Since then, Mike has helped lead 120 people on 36 similar mission trips, and the team has completed 18,000 hours of labor. If that wasn’t enough, Mike also serves as a fireman with the Solvay Fire Department as well an EMT. Thank you, Mike for your service to our country and our neighbors near and far.

Stephen Cady arrived at Asbury First United Methodist Church (AFUMC) in 2012 where he has been extremely open and honest about who he is. The authenticity he exudes captures people, and they respond to his willingness to share about himself. Those attending his church are continually inspired by Reverend Dr. Stephen Cady’s message of hope, faith, and unconditional love each week. He can bring the Word of God to life and enliven the congregation to implement God’s message in their daily lives.

Asbury First has an often-academic gravitas with which the various senior ministers were able to address Biblical passages and explain their significance to the parishioners. Stephen does not lack for academic grounding for his Christology and is able to communicate it with more relatable passion because of his authenticity. While AFUMC had been moving in the direction of becoming a Reconciling Congregation for a couple of years before, it was in 2015 that at its annual church conference it approved its Reconciling Statement that specifically stated the church’s desire to be more open and accepting to all of God’s children. Part of the impetus for this being brought before the congregation is due to Stephen’s influence with the pastoral staff.

Stephen has been forthright to everyone in the church about his vision for the church. His words have been impactful on the youth. They have been so moved by Stephen and his message that during May of 2018, each of the youths who preached a senior sermon mentioned Stephen’s impact on their faith journeys.

Not only has Stephen worked with the congregation to help it dream and define the direction of the church, he has also directly worked to be more inclusive of people who might not immediately assume that AFUMC has much to offer people like themselves. Asbury First is rooted deeply in its mission to serve the poor and disadvantaged in the Rochester community. Stephen has supported numerous outreach programs many of which have been created under his guidance as senior pastor. Using popular culture as a form of outreach toward people who might not otherwise see a clear connection between popular entertainment and Biblical teaching, Stephen strives to bridge that gap and encourage inclusion of all. He has taught two extended classes on Harry Potter and the Bible which were enthusiastically well attended by multiple generations of members and non-members. In addition, he taught a class on super heroes and the Bible that was similarly well attended. For the benefits of anyone interested, he has taught classes on the history of The United Methodist Church and of John Wesley.

Stephen Cady is a man who loves God, loves his family, and loves his work of bringing people closer to God. In everything he does, he demonstrates his love and he works to include everyone in a way that allows them to experience God’s love. Stephen is an exemplary faith leader and a loving and caring minister, and he truly exemplifies John Wesley’s beliefs and teachings.

Kevin Dunn devoted his life to ministry and mission. Kevin served on seasonal staff at Casowasco Camp & Retreat Center each summer from 1999 to 2010 when he accepted a full-time position as Casowasco’s Assistant Director, a role in which he served until his death in November of 2016. Kevin also served as the full-time Director of Youth and Children’s Ministries at Lansing UMC from 2006 to 2011. While this was Kevin’s formal ministry, his true evangelism was as much a part of his personal life as it was his professional. Kevin evangelized through humility, service, hospitality, and selflessness to everyone he met. Every conversation, interaction, letter, or moment was an opportunity for Kevin to reflect the love of Christ as he had come to understand it, and he relished each of those opportunities. In fact, the word to best represent Kevin’s evangelism and ministry would have to be “mirror.” Kevin strived to serve as a reflection of the love and grace of God, always deflecting attention from himself and pointing it to God.

Kevin’s personal belief and mission in his ministry was to help people see and truly believe that they were people of sacred worth, and had something unique and special to offer the world. He saw people as God saw them, or at least as best as he could, and wanted to help them realize their own God-given worth and potential. In many ways, Kevin Dunn was the closest representation of the love and ministry of Christ that I have ever encountered. This allowed him to embrace fully the mission of Camp & Retreat Ministries in providing radical Christian hospitality to all. While Kevin, in his unrelenting selflessness, would have denied these things, the word “Disciple” has never applied more accurately to anyone I have encountered, and through his very presence in both word and action, the thousands of lives he touched came to know the love of Christ through him. 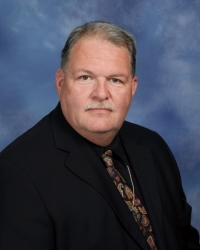 Pastor Mike takes the reading from the Bible, translates it into today's life events so we can understand the message and reference back to the Bible for comfort, hope, and the promise of God's love.

Pastor Mike's message is that we are a community-based church; supporting the Food Bank of the Southern Tier, feeding the hungry through our food pantry, helping the sick and needy. He ministers to Schuyler and Tompkins County jail inmates while also supporting Trumansburg Takes on Pediatric Cancer/St. Judes. Through Pastor Mike's guidance, we support missionary work in Honduras.

Pastor Mike has a way of drawing us closer to our Lord, through baptism, visiting the sick, and those in the hospital, always furthering his religious education. He never turns down a challenge by example to show faith and love in Christ. Pastor Mike involves the children on their journey to Jesus, Bible readings during service, collecting loose change for our mission work, lighting the alter candles, passing the mic around for those sharing their joys and concerns, making our church truly feel like family. And that's why we are a church family because of Pastor Mike.

He practices what he preaches. Lives have been touched by laying our hands and praying for those who are sick in body or mind. Through the grace of God and his love for Jesus, Pastor Mike delivers compassion, patience, and understanding to all those in need, a true shepherd of God doing what Jesus would do without judgement.

Our little church in Reynoldsville has doubled in monetary gifts and attendance. He makes it work through his enthusiasm for God. He's truly walking that path that leads to the Father, and is also taking us with him, and what a joy-filled journey it is. Thank you, Pastor Mike.