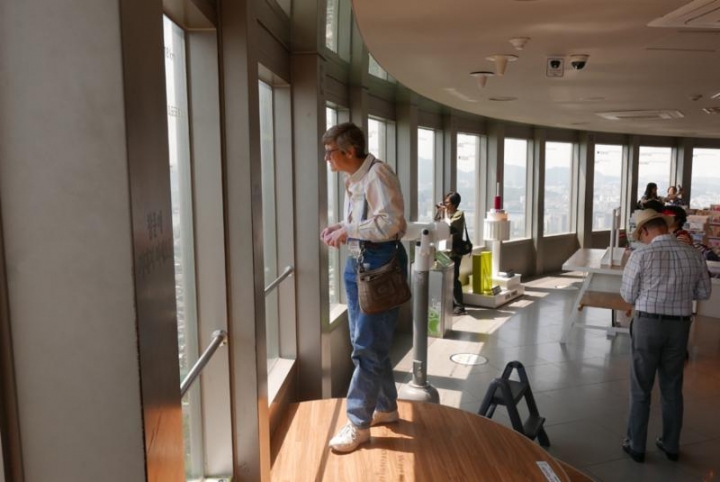 The Blessing of Freedom

First of all, the trip to Korea was amazing in so many ways. You’ve already read a few blogs, including Sherri Rood’s blog about the unparalleled hospitality we were shown, experiencing prayer through Tong Song Kido from Dave Masland, and the expectation of excellence from Everett Bassett.

Another striking experience was at a church we visited where there were two pews covered with velvet, meant to look like a throne.  Those pews were reserved for kids to encourage them and to remind them that they are children of the King…  What a great idea!

I wrote some of the following thoughts in my (almost) weekly Mountain View District newsletter article, but I will expand on them here.

I must say that I approached Independence Day much differently this year.

While in S. Korea, we visited an observation tower on Ganghwa Island, just about a mile from N. Korea.  We went to the top of the observation tower where Nola Anderson led us in a powerful prayer for peace.  While there, we could look through binoculars on top of poles that are often found at picturesque places such as Niagara Falls or at the ocean.  I looked and could see two men working in a field on a farm in N. Korea!  I am free - they aren’t.  It has struck me before, but never so poignantly, how much I take my freedom(s) for granted…

On the second floor of the observation tower there was a room in which the walls were completely covered with handwritten notes on which were prayers, hopes, and dreams for the re-unification of Korea.  The notes were written by visitors to the site, many of whom still have family members in N. Korea who they will never see unless re-unification occurs. It was very moving and brought tears to my eyes…

There are many more impressions that I could share, but during the visit to the observation tower, a question I have asked myself again and again over the years came to mind:  Why was I so blessed?    The only answer I have ever come up with is what Abram was told in Genesis 12, that you have been blessed to be a blessing to others.  We are doubly blessed. Not only do we live in a free country, but we are free in Christ Jesus.

Let’s be the agents of God’s grace and the blessing to others that our Lord calls us to be.