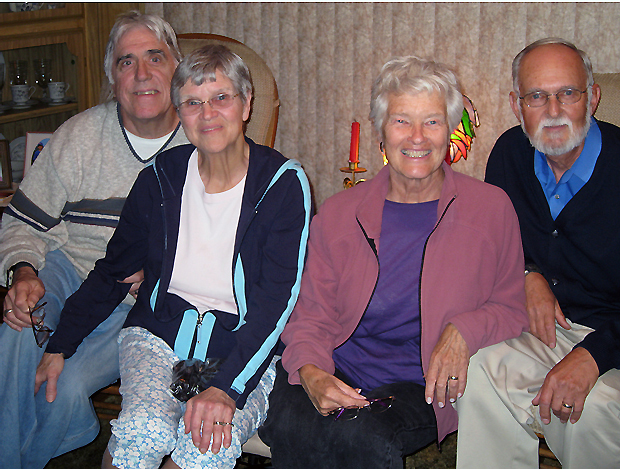 July 29, 2014 / By UNY Communications / .(JavaScript must be enabled to view this email address)

How many United Methodists from the Upper New York Conference have made a spiritual pilgrimage and walked El Camino de Santiago de Compostela in Spain?

Chances are that most persons have not heard of  the Camino, but at least two persons from Upper New York have: the Rev. Roy Hansen (retired),and his wife, Val Brown, became peregrinos or pilgrims and began the 500-mile Camino in France and across Northern Spain in September 2012.  For four weeks, at 10-15 miles a day, they backpacked, completing 350 miles until they stopped due to shin splints. (Read the story about the beginning of that journey here).

The sacred tradition of Christian pilgrimage on the Camino is older than 1,200 years, and presently there is a new worldwide interest in either walking straight through or taking smaller segments over a number of years.

In mid-September 2014, I and my wife, Donna, and the Rev. W. Garrett "Gary" Judson, retired, and his wife, Jeanne, will be walking the Camino in Spain and Portugal.

Gary and I will continue from the place where Roy and Val ended their trek two years ago, walking the 150 miles to Santiago for two weeks.  Jeanne and Donna, following part of the Portugal Camino, will include a stop at the religious site of Fatima.

There are many values in this, beyond getting in better physical shape, and losing 15 pounds. We don't become pilgrims by walking the Camino, one comes as a pilgrim. As a Christian, we are pilgrims, from birth to death. It is good for your soul, you become part of a larger pilgrim community, and it is fun.

Some of these persons identify as Roman Catholic, others as Protestant or no religious identification at all. There are 12 or more various routes to trek, and very few rules and requirements. A guiding principal appears to be "Everybody does their own Camino." It is not the distance, but the experience; not a contest, but a journey.

Most trek by foot, while some ride bicycles, or a horse. Pilgrims stay overnight for as little as $7 a night in a hostel, pensione or church facility, while others choose more comfort in a B&B or small hotel, and frequent local restaurants for meals. Commonly, pilgrims spend about $25 a day for room and board.

Each pilgrim gets a special Camino Passport, which is stamped along the 500 miles, permitting them to find special lodging and meals. The ultimate destination of the journey is the city of Santiago de Compostela. A daily worship service for the pilgrims in held at the conclusion of their Camino, then they return home or continue their travels.

The reasons and motivations are as varied as the millions of pilgrims "making their Camino." There is a powerful unity and solidarity of the mobile community. A recent motion picture titled The Way offers a helpful portrayal of the Camino.

In Methodism we are used to the pastors itinerating from flock to flock. On the Camino, it is the people who are moving along the Camino! It is tradition that pilgrims say words of encouragement to each other: “Buen Camino,” and “Ultreya,” which means “Keep going."

The Rev. Donald Robert Hoff, retired, and his wife, Donna, live in Pine City. Rev. Hoff invites those with Inquiries about the Camino or persons who have made a Camino to contact him at donaldhoff@gmail.com.