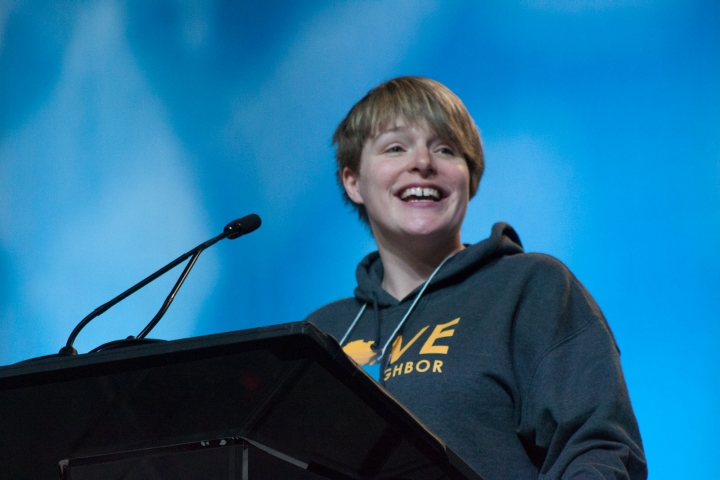 June 6, 2016 / By Kathleen Rubino / .(JavaScript must be enabled to view this email address)

“Over the past two years, this Conference has been a part of a grand narrative,” said Laurel O’Connor, Africa 360 field coordinator. “In 2014, we took the unprecedented step of combining the stories of Imagine No Malaria and Africa University, seeking to raise funds to not only save children’s lives but raise up new leaders that are bringing peace and health to their home countries.”

On June 4 at the 2016 Annual Conference session, the people of Upper New York came together to celebrate Africa 360, the Upper New York Conference’s holistic plan for health and education initiatives in Africa.

“But if your church hasn’t finished its goal yet, or had set a two-year goal, keep working,” she said. “Whether you use the Africa University Bible Study or the Africa 360 Lenten Devotional, there are still resources available.”

“God accomplishes more through us than we could ask or imagine, and that has happened here, through Africa 360,” O’Connor said.