While honoring Black Methodists in February 2022 for Black History Month, the University United Methodist Church of Buffalo made a shocking discovery. A family who belongs to the church has ties to prominent Methodist minister and missionary Daniel Coker.

About 15 years ago, Sierra Leone immigrant Jimmy Mackay came to the University UMC of Buffalo, which helped him attain his U.S. citizenship. Mackay, who passed away four years ago, was an active member of the church and sang in the choir. He fell in love with Linda Coker, who lived in Washington, D.C. at the time but eventually relocated to Buffalo. The two were married, and Linda became equally involved in the church – she currently serves as co-chair of the Staff-Parish Relations Committee. The couple had three children: Jem, 16; Jayson, 14; and Jessey, 11.

“They're just a very well-loved family and very active part of the church, and so they're a very meaningful part of our church family,” said Rev. Merle Showers.

Lucy Roth, the other co-chair of the Staff-Parish Relations Committee and a Boy Scout leader, became like a grandmother to the Mackay boys. 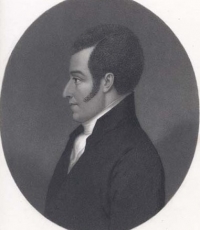 She began researching Black Methodists for a Children’s Moment during a Black History Month Worship Service and came across a passage about Daniel Coker. Linda’s email address contains the name Coker, but everyone assumed it was merely Linda’s maiden name and never asked the meaning behind it. However, Roth began to wonder if there could be a connection between Linda and Daniel Coker, an African American leader who assisted in the rise of the African Methodist Episcopal Church and organized the first AME churches in Liberia and Sierra Leone.

Linda came to the United States from Sierra Leone in 1998. In her coastal town, she knew many people named Daniel Coker. In fact, that’s her younger brother’s name. She always wondered why she knew and heard of so many Daniel Cokers, so she asked her brother, who replied that the name originated from an American missionary who came to Sierra Leone.

With the help of Google and Lucy’s research, Linda made the connection.

“I found I was related to Daniel Coker, the missionary,” she said. “I was just like, ‘Really? That’s amazing.’”

Roth used the book to share the story of Daniel Coker, the ancestor of four members of the University UMC of Buffalo. The congregation was on the edge of their seats as Lucy showed everyone the pictures and writeup about Daniel Coker.

“I think all of us were just very surprised that connection occurred,” Rev. Showers said. “I think it just made us more aware of how global The United Methodist Church is.

Most of us think more locally than this. We are aware of people in the District and the Conference, but to think about The United Methodist Church that goes to Asia and Africa and South America and so on, and that there might actually be some genealogical connection with that larger Church just made the connection even more real for us.”

Sharing this familial tie with such an important person from Methodist history “just means a lot, especially him being a Black man that came to America and then he decided to go back to Sierra Leone, help the people there and open a mission there,” Linda said.

“It’s helped me have more faith and just believe that things can happen for a reason,” she said.

“Daniel Coker’s family was taken from Sierra Leone – most of the slaves came from West Africa and went to America. Then he decided to go back home and do missionary work, stay there, late nights, and then many, many, many years after, one of his descendants, me, comes back to America,” she said. “The world is a small world.”