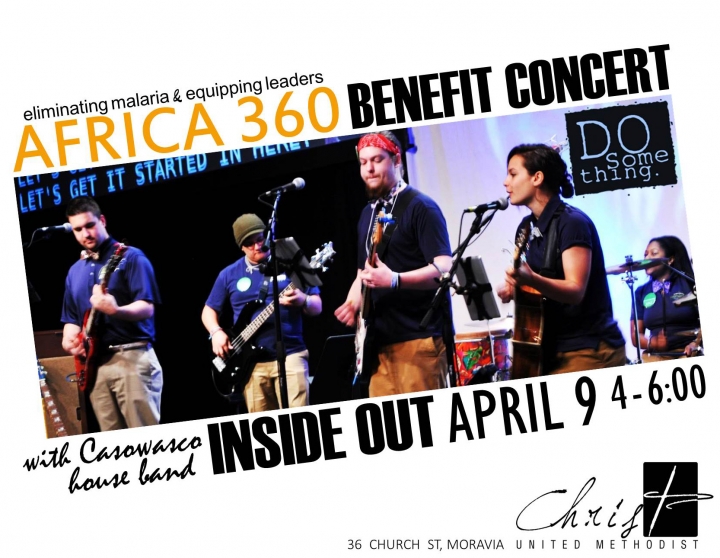 Celebrate with Africa 360 in April

March 29, 2016 / By UNY Communications / .(JavaScript must be enabled to view this email address)

On April 17, churches across the Conference are invited to celebrate Africa 360 Sunday. UNY churches are asked to share in a unified prayer that day – UMH #456, “For Courage to Do Justice” – to help unite everyone in mind and spirit as the 2016 Annual Conference session approaches. Churches with audio-visual capacity are also invited to show the Africa 360 video to keep focused on the shared mission of Africa 360.

Through Africa 360, the Conference has pledged to raise $1 million for Imagine No Malaria – an organization dedicated to reducing malaria deaths in sub-Saharan Africa through the distribution of insecticide-treated bed nets, communication of life-saving information, improvement of health facilities, and training of a grassroots network of community health workers. Additionally, the Conference has pledged to raise $1 million to fund eight Africa University scholarships to train health and administration specialists who follow the mindset of Africa University and “Learn Here, Live Here, Lead Here.”

The events throughout the month culminate on April 25, when people across the globe will take part in a wide range of activities to mark World Malaria Day. There is more information to come about what will happen in the Upper New York Conference that day with an event called “Take a Bite Out of Malaria.”

Below is a list of Africa 360 Month events planned to date across the Conference:

Is your church hosting an Africa 360 event in April? Let us know by email to Africa360@unyumc.org.