This past July, I attended the Global Young People’s Convocation (GYPC) in Johannesburg, South Africa. At this 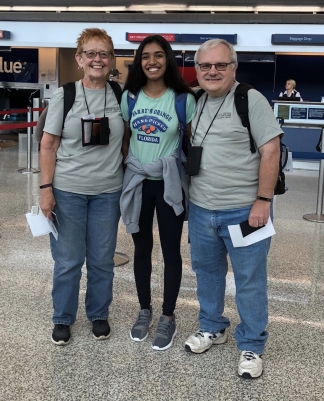 enlightening convocation, youth and young adults from about 40 different countries gathered together to assess different issues facing each of us in our own communities. This convocation was able to give each and every one of us a voice so that we can see change happen right before our eyes.

At GYPC, we were able to create legislation that is to be submitted to General Conference in 2020. Some topics of discussion during small group and legislative forum times included poverty, sexism, child marriage, nationalism, immigration, human trafficking, and much more. Through the forums we were able to create six pieces of legislation to be sent to General Conference so that our voices as young people may be heard. We created a unity statement and legislation on sexism, nationalism, child marriage, migrants, and prioritizing young people in the local church.

However, legislation was not the only thing we participated in at GYPC. This event was a time for cultural celebration and learning about other people who may not be like you. Throughout the event, we had very talented and diligent translators who worked constantly to make sure everyone was on the same page. Because not everyone at GYPC spoke the same language, we were able to learn different songs in languages other than our own. We also experienced other cultures during the drum circle, the cultural celebration, and during free times talking to one another. We saw how different our backgrounds were and were still able to not set aside our differences, but to embrace our differences and come together to make change in the UMC. Which, conveniently, goes along with this year’s theme for GYPC: United We Go. 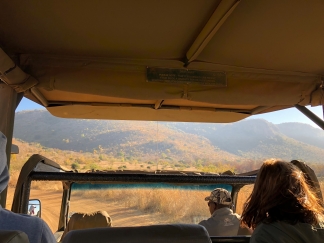 We were also given the opportunity at GYPC to strengthen our leadership skills. During two workshop times, all GYPC attendees could learn more about the UMC or learn new techniques for leadership. We could also learn from each other through the delegation exhibits where jurisdictions and central conferences displayed the work they do in their own communities. On the last day of GYPC, there was a Q&R with three Bishops about their journey to leadership and the future of the church.

Spiritual fulfillment was gained during the lively worships at the convocation. Even though numerous languages were present, we were still able to worship as one. Whether it was through the music, sermons, communion, scriptures, or being surrounded by God-loving people, it’s safe to say everyone felt the holy spirit in some way.

Going to GYPC was a truly amazing opportunity that I was able to experience thanks to many churches, committees, and individuals throughout the Northeastern Jurisdiction. I highly encourage youth and young adults who would like to further their knowledge of the UMC or become a stronger leader to consider attending General Conference in 2020 and/or the next GYPC in 2022.