Editor’s Note: This article was first published in the 2021 Advocate Issue I, which focused on the theme “celebrating who we are.” Click here to access this issue.

Pastor Andy Anderson has been involved in The Church since his baptism. He grew up in Trinidad and Tobago, mainly Tobago, where he was very involved in the life of his church, attending Sunday school, participating in youth group, serving as a youth leader, and more.

The more involved he became, the more his passion for the work of Jesus Christ grew. 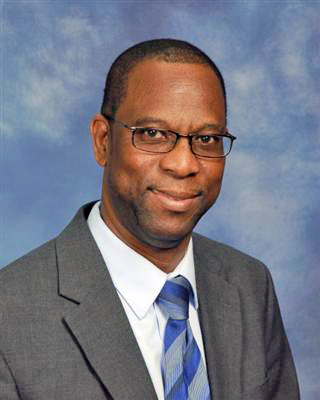 “I want to believe since then, God was calling me to something higher, something more,” he said. “I did not, at that particular time, readily accept the call for ministry, but I was still involved and still feeling the nudge.”

About 25 years ago, Anderson came to the United States. He remained an active participant in The Church and continued to feel a push toward full-time ministry. During the former Wyoming Conference’s 2005 Annual Conference Session, he could no longer ignore the call.

“After ordination, they extended the call to persons to come forward if they’re so moved by God and called by God to be in full-time ministry — whether it’s ordained ministry or the servant ministry or whatever ministry that is — and I went forward,” he said. “I just felt I needed to go forward. I felt that strong tug, that very strong tug and I tried to resist it a couple of times, but then I was overwhelmed and I I had no choice.”

“I went out because I believed at that time that God was really calling me to be in ordained ministry,” Anderson said. “Having resisted so many times before, it was very much powerful at that time.”

He has now been serving as pastor in ministry for about 11 years. He currently serves two of the seven churches in the Syracuse United Methodist Ministries: Bellevue Heights and Gethsemane United Methodist churches.

As a pastor, he’s had several standout moments over the years.

Some of the strongest memories are those where he’s witnessed lives touched and transformed by the power of Christ.

“There were times when people would come to me and that thanked me for the word and that it has meant so much in their lives and they have made the decision to turn their life totally over to Christ,” Anderson said. “Once people have given their life to Christ and, if in any way, I have been used to help in that respect, I think that’s the most powerful highlight for me in ministry — and especially when they’re young people.”

Last year, Anderson received a call from a young man now in college who was in elementary school when Anderson was his pastor. The student thanked Anderson for the role he played as a leader in his life.

“When he used to come to church there with his parents, he said he used to admire me as a pastor,” Anderson recalled. “I felt very blessed that I was in that position to leave that impression or that mark on that person’s life.”

Other favorite moments involve mission activities and ministries of his churches.

One ministry is Gethsemane UMC’s Personals Closest, which distributes personal items (toilet paper, facial tissues, deodorant, toothpaste, feminine hygiene products, and more) once a month to those in need. It has expanded under Anderson’s guidance as well as amid the coronavirus pandemic, when the church partnered with the Central New York Diaper Bank to give out diapers and formula.

“To see the look of on the peoples’ faces when they are given some of these items, it’s such a blessing for me in ministry and one of the high points as well as to what we are called to do in serving others and helping those who are poor or in need or feeding the hungry, clothing the naked and taking care of the widows,” Anderson said.

While he serves two predominantly white congregations, Anderson notes there is some racial and ethnic diversity at Bellevue Heights UMC — Black and Spanish-speaking individuals attend the church.

He said he views diversity in terms of peoples’ backgrounds, where they’ve come from, what they can contribute, their profession and more. He hopes these well-rounded individuals can serve leadership roles within his church and throughout the Conference.

“I believe that when you’re talking about diversity that you don’t just pick someone because of the color of their skin. Too often racial ethnic people are asked to serve on committees as tokens, to say that there is diversity. A racial ethnic person should not be chosen to serve on a committee for that reason, but rather, because they are capable,” he said.

“For me, diversity would be a church where there’s a number of people from all backgrounds, from all ethnicities, from all racial ethnicities, being together, using their skills, talents, praising God, and everyone feels and knows that they are accepted and we all are God’s children,” he said. “That, for me, would be a wonderful example of diversity within the church and within the Conference.”