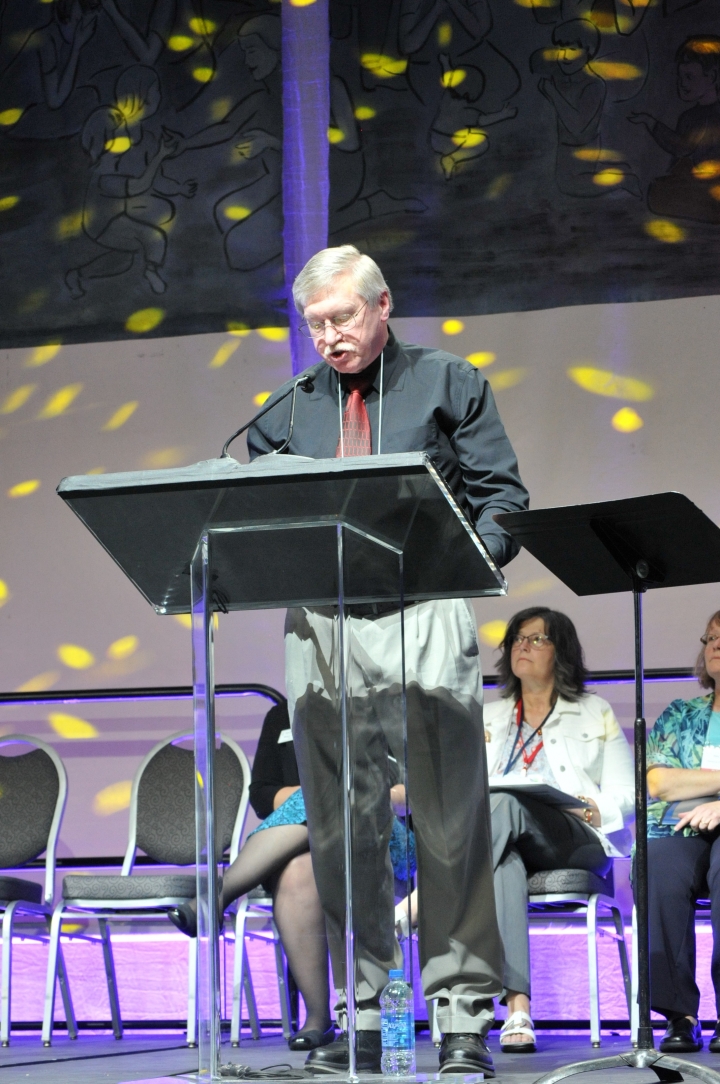 The Rev. Lauren Swanson, chair the Conference Commission on Equitable Compensation, presented the commission’s report May 31 at the 2018 Annual Conference session.

“It has been our mission to equip struggling local churches to establish sound financial footing so they can build leadership capacity, make disciples, and transform the world,” Rev. Swanson said. “We have done this by supplying short-term grants to help bridge short-term setbacks that hinder the ministry of local churches. The Commission has worked in concert with the Bishop’s Cabinet to encourage right-sizing appointments and other local church staffing in order to secure good financial footing for both the local church and the Conference.”

This year, the Commission on Equitable Compensation brought five recommendations before the Conference.

The first was to set the minimum base salary level guaranteed to pastors for the budget year 2019 (there was no change from the base salary approved for 2018). The second recommendation proposes a change in the years of service increment (found on page 52 lines 18-21 in Journal volume 1). The third recommendation (found in the Journal on page 52, lines 22-23) involved a provision for additional salary for multi-point charges that reads, “Plus an additional $500 for each additional church on the pastoral charge (over one), not adjusted for part-time appointments.” (No changes are proposed to this item, but it needs to be approved annually a part of our compensation policies.) The fourth (in the Journal on page 52, lines 27-30) helps pastors keep pace with the increase in the cost of living – this year’s amount is a suggested 1.4 percent increase.

Those four recommendations were moved before the Conference, voted upon, and approved with little discussion.

The fifth recommendation was a bit more discussion-intensive.

The CCEC’s last recommendation (found in the Journal on page 52, lines 39-40) was a clarification and addition to the clergy housing policy. According to Rev. Swanson, the addition makes clear the church’s obligation to ameliorate any existing health threats with the addition of a sentence saying, “The presence of any health threat shall be remediated including, but not limited to: lead and uncontained asbestos.” 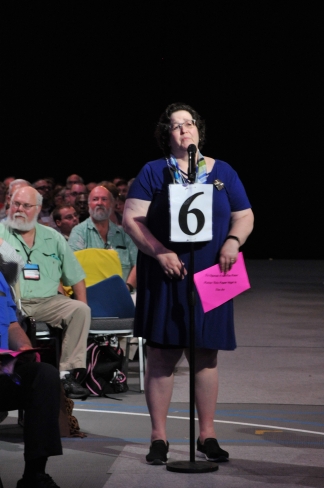 Then, the Rev. Heidi Chamberlain, of the Malone: Centenary United Methodist Church, proposed an amendment to include the word “mold” after the colon.

Her amendment was seconded, and Rev. Chamberlain described her plight. She has been paying a mortgage on a house she has not been able to live in because of a water leak that produced black mold, making it an unhealthy and unsafe dwelling in which to reside.

“Mold precludes clergy family from being safe and healthy in a home environment,” she said. “I would like to encourage UNY to blaze the trail to make sure that we as the clergy of this Conference and our families are safe in our parsonages.”

The Rev. Pam Klotzbach, pastor of the Attica: Trinity UMC, spoke against the amendment, saying that a lot of times, mold is caused by a previous occupant and not the church that owns the parsonage, so the church should not be responsible for paying for mold remediation.

Marthalyn Sweet, a member of the Governour UMC and a self-proclaimed “pastor’s kid” – she’s the daughter of the Rev. Beckie Sweet, pastor of the Kenmore UMC – recalled an asthma attack she had while running on a treadmill in a damp parsonage basement.

“It doesn’t matter where the mold comes from, clergy needs to be housed in safe environment, especially if kids are in it,” she said.

After more discussion, a couple of amendment proposals, and some clarification, the question was called on all things before the Conference by the Rev. Childs, pastor at the Penn Yan and Penn Yan: The Living Well UMCs.