Friendship UMC: The story of the Friendship AWANA Club

Editor's Note: This article originally appeared in the 2019 Issue II of the Advocate, which zeroed in on the theme of Discipleship Systems: Beyond Sunday services. Click here to read the issue.

“Where are all the children?” Is the most-asked question in one of the rural churches that I serve. I serve First United Methodist Church of Friendship in Friendship, NY. The town is in the beautiful southern tier of Allegany County. The church is one of the farthest east in the Cornerstone District. 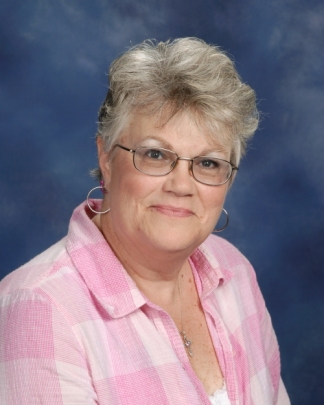 In the winter of 2018, I started thinking about alternatives to a Sunday morning children’s program. I found several, but I was drawn to AWANA (an acronym drawn from "Approved Workmen Are Not Ashamed" as stated in 2 Timothy 2:15). I had heard about it, but I did not know much about the program. As I checked into the program, I realized this could be just what was needed to bring children into a relationship with Jesus Christ. I presented it to the congregation, and they were excited about it but was certain that they would not be able to help much with the implementation of the program. AWANA is an involved, in-depth program that requires several adults to make it successful and make disciples for Jesus Christ. I decided that I could not offer AWANA to the children of Friendship at that time, so I set it aside.

Fast forward to the summer of 2018, I received an e-mail from AWANA. It was encouraging me to delve into the program again and check it out. I did. I watched a video about small churches and AWANA. There was an offer for buying a membership and getting the AWANA Basics book for free, so I bought it.

Doug Schoenheit in Rochester called to encourage me to start AWANA in Friendship. He is the AWANA missionary for Western New York and North Country New York. He is, also, the field director for this region. The region is made up of the following states: CT, DE, ME, MA, NH, NJ, NY, PA, RI., and VT. I explained to Doug my dilemma of wanting to teach the children, but that I am unable to do this by myself. By the end of our conversation, we decided that I should contact the pastors of the other four churches in Friendship to determine if there was any interest in joining with me in starting up an AWANA club. Doug mentioned that there has not been a multi-denominational club before this.

The pastors of Friendship met. All the churches had the same question. Where are all the children? First United Methodist Church of Friendship was not unique. I went to a conference to learn from men and women who have experience with AWANA and have encountered and dealt with various issues and have been in numerous positions within the AWANA program. I learned many things. My decision to begin an AWANA club in Friendship was strengthened more and more as I heard what a difference AWANA had made in the lives of the children.

Doug came to Friendship to meet with the five of us pastors to teach us what AWANA was and how to start up the program. There was a training session held in Friendship. The pastors met to answer the questions – where, who, when, and how.

The WHAT question was answered with AWANA. What is AWANA? It is an acronym for Approved Workmen Are Not Ashamed which is based on 2 Timothy 2:15, “Do your best to present yourself to God as one approved, a worker who does not need to be ashamed and who correctly handles the word of truth.”

Friendship AWANA Club is still in its infancy. The children love it. One girl asked if there would be meetings during the summer and was disappointed when I said I did not think so. That is so very encouraging. God is victorious!