Being a Methodist as a Native American

Marilyn Anderson has spent her life living on the Seneca Territory, surrounded by family and friends, both Traditional (Longhouse) and Christian. She is an enrolled Seneca. Her father was a product of the Thomas Indian Boarding School.

She has been a devoted member of the Committee on Native American Ministries (CONAM) for 5+ years, driving 3 hours one-way to attend CONAM meetings held at the Upper New York (UNY) Conference center. She is always in attendance. She is a person I turn to; to hear her voice and understand the people who have lived the Indigenous culture. Her voice has often influenced my decisions on the actions of CONAM.

It is my wish that the UNY Conference listen to the hurts of the Native people and work in prayer on how to move forward to improve relationships. That is my mission in every work I engage in as chair of CONAM: To listen to the people on the Indigenous Territories and choose how we as a CONAM can support them in their choice to remain as Christians surrounded by Traditional (Longhouse) people on their home territories.

This is not an easy road to walk, but Marilyn and her congregation choose to walk that road as Christian people. She is very concerned and hurt right now because the church doesn’t currently have a pastor. She struggles with the role of small churches in our Conference and feels there needs to be much more support for small churches from the District and Conference.

As stated in our pledge at the Act of Repentance and Healing Relationship with Indigenous Persons service held at Annual Conference 2015:  The Upper New York Conference

~will engage in a process of deep listening to the indigenous people.

~ will learn about the historical trauma particularly surrounding the boarding schools, owned by the federal government but often run by the Christian Churches.

It is our responsibility as a Conference to learn about two historical events that continue to affect the lives of Indigenous people:

The Doctrine of Discovery

In 1452 the Papal Bull Romanus Pontifix, declared war against all non-Christians throughout the world, sanctioning and promoting the conquest, colonization, and exploitation of non-Christian nations and their territories. The Doctrine of Christian Discovery and Domination justified the invasion and conquest of non-Christian lands. Historically, this Doctrine’s legal and moral authority derive from papal bulls, edicts and declarations, from the Pope of the Roman Catholic Church. This Doctrine has had historically devastating effects that last to this day among the lives of Indigenous Peoples.

Indian Boarding Schools were established in 1893 to educate and assimilate Indian children into the white culture. Carlisle Indian School and Haskell Industrial Training school are two of the most well-known schools. Indian School in Irving, NY was the local school. Thousands of children across the land were sent, or often taken against their parents will, to educate and assimilate. Abandoning their traditional language and spirituality was a big part of this assimilation. Children were punished for speaking their native tongue or practicing any traditional practices. Some children stopped speaking at all for a long period of time. Now we are learning of the multigenerational effects of the boarding schools. When children grow up in an institution, how are they supposed to learn about being a part of family life? Who hugs them at night when they are lonely or scared?  How are they supposed to grow into parenthood when they have not learned how from their own parents? How are they to fit in to their own Native community when they go back home after they have learned different ways?  With much confusion and emotional discontent.

As Marilyn shares in her own words, keep in mind the historical context that Indigenous Peoples live and work in every day. 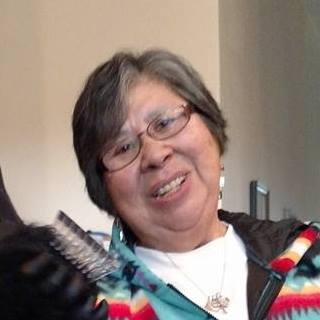 Our most recent pastor embraced our culture, respected us and our traditional teachings, and he brought enthusiasm back to our dwindling congregation, but we do not have him with us anymore.

We don’t have young people anymore – the youngest is about 50 years old. Many of the young people on our territory attend the Longhouse (Traditional Way). When our most recent pastor came to us, he was required to fill out many reports and he had to be “approved” by a District committee to serve us. I don’t remember ever having to fill out reports – most of which don’t apply to our small congregation. I didn’t know that pastors had to be “approved” in order to serve us.

I feel that everything goes back to the impact that boarding schools have had on our lives. Because Christianity was “forced” on native people some gravitated toward Christianity and others forever rejected it. In the 1800’s missionaries came to our territories and churches were acceptable. As time has gone on our traditional beliefs have become more acceptable as people began to reject Christianity. The Doctrine of Discovery and the purpose of the boarding schools combine to make unacceptable social/cultural threats to native people. We still experience the effects of boarding schools today – as individuals and a community.

Non-natives cannot understand the effect that boarding schools have had on us – and sometimes we natives don’t understand it either. Immigrants to America can probably relate to these feelings, especially those that were imprisoned for being who they are.

The Methodist Church (the organization) pays respect to Natives, but they don’t understand who we are and the struggles that we face. Education can help to build respect, but it takes time. For the time being, they (the Church) should listen to us and take their direction from us when working with Natives. I don’t know what the future holds for our church, but I know that it’s not easy being a quarter-time pastor on a Native territory. I don’t think that the Church “organization” truly understands our needs, our challenges, and our culture and how important it is to have a pastor who respects us.