Social Holiness concerns: From the inside out

In 2017, New York State stopped housing minors inside adult prisons. I was convicted of attempted murder and spent 14 years in maximum security at Wende, Elmira, and Coxsackie Correctional Facilities. I grew up in prison. I became a Christian in prison. 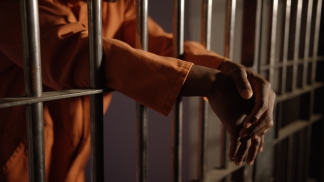 Shortly after my 30th birthday, the parole board released me – 11 years ago now. When I walked out of Coxsackie, I carried a towel with me. If released, I promised God to lay a towel down in the parking lot, raise my hands to the sky, and thank God. My parents, cousin, and godmother all traveled to pick me.

While my family met me at the gates two other men walked out with me. I had “street clothes” sent in by my family. Dressed in “state” clothes, these men had no one meeting them. The prison gave them a bus ticket and $40.00 with instructions to check-in with their parole officer within 24-hours. They didn’t even know where the bus stop was.

Volunteers and chaplains helped me grow as a Christian in prison. The most effective volunteers met me and others in our brokenness with God’s unconditional love. Prison ministry remains an important call to the church from Christ. As an aspiring pastor, I am often struck by the Church’s desire to reach out to those in prison. Such a call to serve prisoners remains sacred and limited.

Ministry to prisoners means going on the “inside.” At the same time, most people in prison will return to the “outside.”  Enthusiasm to serve the incarcerated often stops the moment prisoners become returning members of society. In my case, a Christian community of Kairos volunteers surrounded me when released. When I came home to Colorado a couple days after release, I connected to a church I corresponded with while in prison. My case, however, is an exception and outlier.

A person released from prison usually lacks the basics: deodorant, toothpaste, transportation, a place to live, female sanitary products, food, and a job. Rental companies and landlords require background checks to live on their properties. A returning person cannot pass a background check. They cannot usually pay for an apartment if they found one anyway because they cannot find a job. The likelihood of returning to prison grows higher as they con 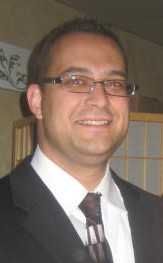 tinue to serve the “collateral consequences” portion of their convictions. If we consider education, racial discrimination, gender, addiction, and mental health the ability to remain “free” becomes even less realistic.

This evening my wife and I will visit the maximum-security prison for women in Colorado. Going from the inside to the outside as a Christian and back inside to share hope and love means something. But as I look at the faces of my locked-up sisters I think about what happens to them once they come “home.”  Home is a relative term.

The greatest service needs for those affected by the criminal (in)justice system remain largely unmet. The Church in the United States has a unique call, not only to meet the immediate basic needs of those who are returning to the community, but to mentor and support them as they rejoin the community. It will take critical thinkers with creative imagination and faithful determination to make an impact with such ministries.

The Fortune Society, in New York City and The Reentry Initiative, in Colorado, are doing critical work with the formerly incarcerated. Education regarding the prison industrial complex can be found in Michelle Alexander’s The New Jim Crow: Mass Incarceration in the Age of Colorblindness.